Ionic vs React Native: Which One is Better?

In this article, we provide you with a quick overview of the React Native comparison with Ionic. Find here our personal verdict as for which platform to choose. Just keep in mind, that both platforms have numerous advantages to please you.

Nowadays, developers tend to gradually put aside building web apps, the final range of capabilities of which is considered to be too limited. The preference is given to either hybrid or native applications. The reasons for that are numerous: native interface, additional functions, increased economic profit, & broader auditory. The top two hybrid and native program creation frameworks are Ionic & React Native respectively. Why these two, in particular? Will they show up to be the base for all the further mobile app development? And the most crucial question - if so, which option is better: famous Ionic 2 or React Native? We?re addressing all the mentioned issues in the given feature. 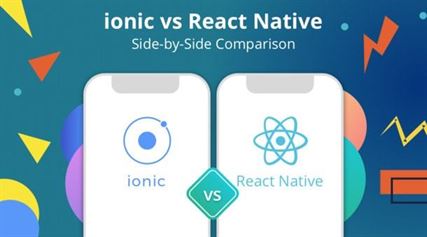 Why choose Ionic or React Native?

The drastic problem of application development is a fundamental dissimilarity between the Android & iOS platforms. Written on differing coding languages (Swift & Java respectively), they need the developers to duplicate existing code so that it works equally productively for both operational systems. However, such platforms as RN & Ionic are able to resolve this problem quite easily. Among the greatest advantages of the React Native, Ionic, and other similar frameworks (for example, Xamarin) is the availability of such useful capacities as:

However, each of these frameworks has a unique range of strong points and drawbacks that make them more or less attractive in accordance with your demands and possibilities. We are going to overview them for you to decide which one would be better to use.

So, here?s the question - what?s Ionic? The pros and cons of Ionic seem to continue to cause a buzz, so let us have a look at them. It is a free HTML5 software development kit, backed by Google. Ionic was created on the base of AngularJS, which is regarded to be second most popular web framework. As the HTML5 coding language works only by employing the powers of PhoneGap or Cordova, Ionic needs both of them to function. It is now updated to version 3.0 (and quickly approaches the 4.0) as Ionic 2, despite being highly innovative, was released as an alpha software and constantly improved further.

Ionic is usually involved into the hybrid application development. However, one of the most recent innovations and advantages of the Ionic framework was the development of the so-called Ionic Native - a set of Cordova plugin TypeScript wrappers that smoothes the functioning of native elements and makes them launch change detection in Angular.

RN was launched by Facebook two years after Ionic release. It is based on React, JavaScript library for building user interfaces. It is actually one of the most renowned advantages of the React Native, as it gained a lot of fans among developers who have already used React for Web. RN appears to be a familiarly looking tool building mobile applications with the performance and feel of the native ones. That is why RN appears to be one of the most popular platforms for the application development. It also seamlessly covers both iOS and Android and is hence regarded to be an excellent tool for creating hybrid and native applications.

React Native runs the Javascript code called JSX that resembles HTML a little. It blends the display logic with the business logic. Sometimes it may cause some troubles for the designers as it doesn?t support all of the CSS rules. However, it is fully manageable for an experienced team. We will address this and other pros and cons of React Native further. 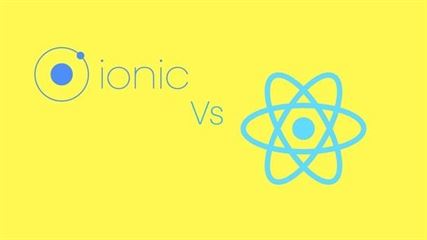 First and foremost, the differences between Ionic and RN lie in the fact that they propose dissimilar approaches towards the application development. Ionic helps you, for example, to build a typical hybrid app that performs rendering in WebView for Android or UIWebView for iOS. It is often used for creating so-called SPAs (single page applications). In case you need the API platform, you will have to apply additional plugins - the abovementioned PhoneGap or Cordova.

Unlike the Ionic framework, React Native lets you build a mobile application with the standard UI blocks. The application on RN uses the templates designed specifically for each platform. It is mostly used for native programs, as its design is as close to the native?s as possible. React Native involves the native rendering APIs in Objective-C or Java for iOS and Android respectively. With it, the application renders with real UI components, not WebViews.

Let us have a look at the behavior of the React Native vs Ionic in similar circumstances.

Hybrid Ionic apps, using WebView, are notoriously slow. On the contrary, RN is popular for its speed regardless of the platform. However, it has its own problems, too - for example, it doesn?t support 64-bit regime on Android, unlike Ionic.

Here both frameworks seem to be highly functional, as both of them can be ?recycled? if necessary. There are different variations of their codes to be used one more time, though - the Ionic?s one can be used anywhere (including Desktop, Web, and Progressive Web Apps) after its initial launch. In contrast with it, React Native?s one still needs to be rewritten on the new platform. However, developers claim that it is very easy to produce when you know them.

A major difference between React Native and Ionic is their testing procedure. Ionic?s testing is no surprise regarded more convenient, as it can be performed in any browser. RN needs a good emulator or a real device. Its testing is usually performed with the help of Jest - a special platform with a famous slogan of zero configuration. While being checked, React Native lets you observe all your modifications instantly - you don?t need to recompile your application.

React Native is simply adored by people who make use of its Hot Reload feature. It allows developers to repack, debug, and update the running application without any changes in its state. What is more, there exists just a perfect plugin for a relatively young RN framework that allows it to use tried and true PhoneGap or Cordova plugins. In its turn, Ionic has much clearer and sufficient documentation and releases much lighter Android application. It is also praised for its variety of pre-designed set of styles. 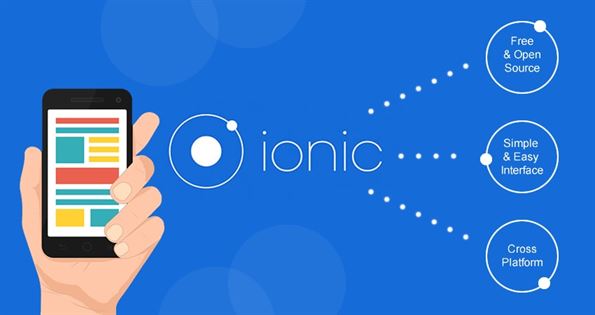 In this article, we provide you with a quick overview of the React Native comparison with Ionic. We hope that it was helpful for you. Our personal verdict is - if you are a self-confident and highly experienced developer seeking new ways of application development, try React Native’s new features and build a beautiful fast program. If you are a person in love with HTML and Angular, rely on the web-resembling hybrid applications from Ionic. Both platforms have numerous advantages to please you.