Gulp vs grunt vs webpack. tools and task runners, which technology is better?

Programming has never been an easy task for anyone. That is why, task runners are usually used. But which to choose and why?

For the developers, which are focused on the usage of JS language, one of the main additional extensions is build tools. They may allow the developer to implement any changes without altering the entire code from the beginning to the end. Moreover, it also helps you to avoid lots of new bugs and mistakes. Besides, for today, any JS developers are deeply concerned about such issues as:

All of them are highly vital in case if you are willing to develop a successful program and get good revenues in the future. However, not all the developers, especially the beginner's now, how to choose a proper software and what are those aspects, which they have to keep in mind before making a right decision. So, today, in our article we would like to explain you, what are the main differences between all of these tools and try to find a solution of the Gulp vs Grunt vs Webpack rivalry. By the way, such tools also make it possible to create various .js. min files without making any radical changes in the js. the file itself, what is extremely important if you are aware of wasting money and time on nothing.

While talking about Grunt build tool, we have to first of all mentions, that it is a command line tool, which is focused on the front-end development. That is actually one of the main features of the usage of all of this software, focused on the task running. Furthermore, one of the essential tasks here is running the predefined repetitive tasks. One of the key features of the usage of Grunt is the declarative manner of claiming tasks, what is done together with the configuration of objects. By the way, all of them are analyzed bt plugins. And now, while talking about plugins, we have to mention, that their existence is one of the most essential and crucial aspects of the usage of Grunt as one of your key tools in JS development. Thanks to them, you have an opportunity to assemble any needed materials and extend the functionality of a software and the programme itself in any way you actually need.

You may ask, what is the main task of the usage of Grunt. The answer is simple. The key goal is the automatization of JavaScript workflows. For example, canceling and minifying the JS files. And, to be honest, in that small sentence, we are able to describe the essential aspects of the working procedure of such tools. While talking about the popularity of Grunt, we may say, that compared to others, especially in case of Grunt vs Webpack comparison, it is not really high. For instance, its rate on GitHub is 11.7 starts. However, such companies as Twitter and Starbucks tend to use directly that frameworks for their needs. Furthermore, there are also certain advantages and disadvantages of the usage of Gunt as your main tool:

Advantages and Disadvantages of the Usage of Grunt 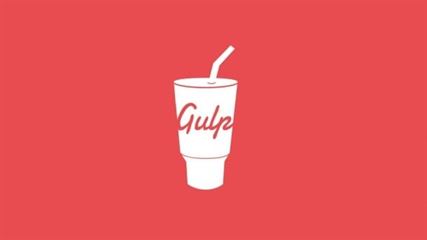 Gulp is another pretty popular framework used in the field of JS development. For today, it is one of the most popular in that trinity of Webpack vs Grunt vs Gulp 2018 competition. The main task of Gulp is the management of different time-consuming tasks and functions, what is pretty nice, if we take into consideration how much time sometimes programmers tend to spend on the arrangement of some functions, which sometimes seem to be simple and easy to do.

In case if we compare Grunt vs Gulp, the last one has some really bright differences. For instance, in that field, Gulp defines all the tasks and data as JS functions, which may be pretty beneficial in some cases. Furthermore, Gulp is also focused on coding and single purpose plugins, what makes it different from the others. Moreover, if you have some skills of the usage of Node, working with Gulp maybe not such a problem for you, what is actually not a point in case if we take a look at Grunt features within the Gulp.js vs Grunt.js comparison. By the way, it would be also suitable to describe all the benefits and drawbacks of that technology.

But, we have to remember, that differences in Gulp vs Grunt comparison also consider such a serious feature as the complexity of writing. And, if I am an honest person, I have to say, that Grunt is really easy to learn and write even if you have a pretty low level of experience in that field. Anyway, you will see the key difference between Gulp and Grunt a bit later, in the end.

Advantages and Disadvantages of the Usage of Gulp 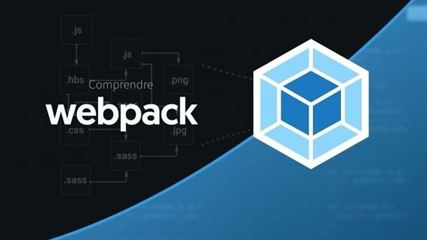 Unlike all other tools, Webpack is a module bundler. That is actually the slightly different form of the usage of the functions, which are usually presented by such extensions, but it does not mean, that it is a drawback. Otherwise, according to GitHub, it has the biggest rate, 35.2 stars. Usually, thanks to the variety of features, it is used instead of Grunt and Gulp. That software actually controls the splitting of the modules, allowing them to adjust to particular situations and workaround in a better way in those solutions, that do not function properly out of the box.

Webpack itself is really flexible and simple to regulate and change, what makes it a highly effective and useful in case if we talk about the usage of it by the beginning developers. As well as others, it uses lots of plugins, what is really nice in case if you are willing to enlarge the scale of the functionality of that framework. Usually, it is really nice in case if you unite it with complex JS applications. Believe me, in such situations, it can show its full potential and strength. By the way, it is also able to use non-code elements, what is actually not really available in case if we compare, for example, Webpack vs Gulp. Now, let us take a look at all of the beneficial and negative elements of the usage of that framework.

Advantages and Disadvantages of the Usage of Webpack

WEBPACK VS GULP VS GRUNT PERFORMANCE. WHAT TO CHOOSE IN THE END?

Well, here is the moment, when we got to the very end of our Webpack vs Gulp vs Grunt comparison. Here, I am willing to explain you, which framework and when to use, because, to be honest, we may not be able to say, that one of them is the best one and one of them is the worst one. Due to this, I am willing to highlight, that each framework has its own special aspects, which have to be taken into consideration by the developers before they make their choice.

For example, here the size matters. And, when we talk about choosing one of the frameworks, we have to keep in mind the size and complexity of our project. For example, in case if you are talking about a small project, Grunt is the best choice. It is small, simple and pretty functional. But if we want to make something bigger, you would better think about Gulp, while Webpack is directly for dealing with some ?big mamas?.

We hope, that this article became really important and informative for you. So, later, you may be able to choose proper frameworks with no problems and obstacles. However, it seems to be better to have a really experienced programmer in such situations, who will be able to give you advice and help in any such a situation. Furthermore, you, as a developer, do not have to forget, that the final choice depends also on such things as personal preferences.

Rate this article
5 (2)
Share
Thank you, your feedback is important to us