MongoDB VS MySQL. Which Database is Better and Why to Choose one of them?

The choice of a proper database tool is an important tool for any programmer. So, we are willing to help you with this, while comparing MongoDB with MySQL.

Any serious app development means, that you have to use lots of different additional tools and technologies, one of them are databases. Sometimes, it is really impossible to overestimate their role in the development of your own extension or a programme. Any good developer has to know, how to use databases, assemble them and implement into their projects. Despite of the fact, that there is MySQL as one of the main build tools, for now, we can see lots of other programmes, which may be used by the developers all over the world. One of the most popular competitors of MySQL could be MongoDB. Furthermore, today, we also have different approaches to the creation of different databases. So, in our article we would like to explain you, what are the main differences between all of these tools and try to find a solution to the MongoDB and MySQL rivalry.

Furthermore, I believe, that we have to keep in mind the fact, that modern technologies are so unstable and terribly fast developing, that for a good and professional programmer, it is essential to understand and know all of the changes and flows, which occur within the programming community. And, to be honest, MySQL vs MongoDB 2018 competition is no exception. Thus, let us faster proceed to the main issue of our today?s discussion.

MySQL has always been one of the most popular and widely known approaches for the programmers, which were making it possible to assemble absolutely different databases for the development of any applications, games, extensions and other products. And, there are actually several reasons for such popularity. However, lots of young programmers may say, that it is so only because of the fact, that the market of the database-making tools and applications was more or less empty before MySQL was created. Thus, its developers were able to set a sort of monopoly on the creation of database-making programmes, what actually forced people to use only one approach, which was made by professional and fully available in the Internet. But, maybe, in case of MySQL everything is not o simple. While in order to find a winner in the MongoDB vs MySQL performance we have to dig a bit dipper and see, what is there in reality?

Well, in order to begin we just have to explain, the nature of MySQL. MySQL is database-making tool, which is written on two most popular programming languages, C++ and C. The key type of MySQL is RDBMS, while scaling procedures are handled in the vertical way. By the way, the key scheme, which is used by the developers within MySQL, is strict, what makes it different from MongoDB? However, it is not the only difference between these two tools. Furthermore, I am willing to enlighten some features of that tool, what is essential while comparing MongoDB vs MySQL.

First of all, if we consider MySQL as the main tool for the database creation, there are some really essential features, which you have to remember. First of all, it allows the developer to use the full-text searching and indexing, what is really good in case if you work with huge pieces of data. Furthermore, integrated replication support and triggers may also become pretty valuable for a programmer in case if we talk about huge structures of information. Then, additionally, MySQL also offers such a thing as Unicode support and the usage of different storage engines with various performance characteristics and other features. All in all, we need to say, that here we may be able to see directly, why MySQL is considered to be one of the best software for the creation of databases. However, later, we need to observe, how it is beneficial comparing to another no less useful tool, namely MongoDB.

WHAT ARE THE MAIN POINTS TO USE MONGODB? 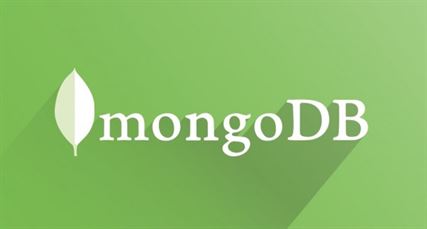 If we talk about such a programme as Like MongoDB we have to keep in mind, that the structure of that tool from the inside is absolutely different. Furthermore, according to the timeline, we can not say that the developers have the same attitude toward Mongo, which they have to MySQL. It is explainable only because of the pretty short history of this tool. However, we would like to explain you, why it is so valuable and what are the reasons to use it instead of MySQL sometimes.

Anyway, let start from the beginning. MongoDB was developed in a pretty different manner from MySQL. We see the changes even if we try to analyse the key functions and features of that extension. For example, Mongo was developed with the usage of not only C and C++, but the developers decided also to add Java Script here, what actually makes it more diverse. Then comes the structure, and in case if within MySQL, the developer found it better to make it according to the RDBMS type, then, creators of Mongo decided to make their product document-oriented, what is a radical and pretty bright change. By the way, Mongo is operation with such functions as Collections, documents and fields, what is again really different from what we have in MySQL. Finally, in technological sense, the building scheme is dynamic here, what is sometimes much better and easier, than in case of MySQL.

Now, let us touch such a topic as key features of Mongo. First of all, the developers decided to include such a functions as auto-sharing, what is pretty nice if we talk about speed here. Then, in-memory speed is nice as well if we are bothered with such a topic as productivity, by the way, embedded data models are also offered here. Moreover, in case if you are beginner, you will definitely like such a function as rich query language support, what might be really good? Finally, various storage engines support makes this tool almost unique and universal.

WHICH DATABASE TO CHOOSE

To be honest the difference between MySQL and MongoDB is pretty radical and it is not really complicated to see it and find out, what is for what. However, the developers tend still to be pretty uncertain on which programme to choose and which of them is going to be better. That is why, for a clearer situation, I believe, that it will be better to examine all of the positive and negative features of each of these tools.

Frankly speaking, the choice depends first of all on your personal preferences. And it is hard to say, what to choose MongoDB or MySQL. However, there are some things, which you have to take into consideration. First of all, it is the size of your project. In case if you have to analyse and store huge amounts of data, it may be better to focus more on MySQL, while if you have small project MongoDB seems to be a proper choice. Then, database speed comparison is also essential. As you may have already noticed, Mongo is more about speed. So, if you are strongly considered about that aspect and want to know who is going to be the winner in comparing MongoDB speed vs MySQL, MongoDB is what you need. Finally some developers also need to know, how one or another tool correlate with frameworks. That is why, if you re looking for the best database for Node.js, we recommend you to pick Mongo better.

However, please, keep in mind, that lots of things depend on such aspects and features as personal preferences, reliability and the skills of developers. Thus, the choice itself is pretty complicated. Anyway, we hope, that those hints and advises, which were given to you here will help you in comparing MongoDB with MySQL and making a proper choice.

All in all, there is no single difference between MongoDB and MySQL, because there are too many of them. So, we would like to remind you, that the choice depends sometimes more on you, than on the tools themselves. However, it is still vital to be led by some pragmatic and strict points.