React vs vue.js. which to choose?

With the growth of Vue.js popularity the IT society bloomed with argues which of the frontend libraries to choose: reactjs or Vue.js.

The development of the IT industry is one of the fastest growing areas of business and at the same time a great field for debate. One of these debates is caused by the emerging popularity of the Vue.js framework and its wide usage among programmers all over the world. Despite the popularity of the framework, there is also another framework that pretty much does the same thing and is supported by a big community of fans. It is called React. Thus, today, I am willing to put this debate to rest and deal with the issue of which is better; React or Vue.js? AI will also deal with the competition between React and Vue.js. Despite the fact that the purposes of these two frameworks are almost similar, there are lots of differences between them, which may lead to some misunderstanding among the users, especially the primary ones. So, another reason why I decided to write about this is because of those problems a beginner programmer might face while trying to make a choice between Vue.js and React.

WHAT IS THE REASON TO RUN ON REACTJS?

While talking about React vs Vue.js, we have to keep in mind that React is an open-source and 100% free JS framework used in the creation of the user interfaces, whose main aim is to regulate the updating processes of the web pages and the control of the key flows, which plays an most important role in the process of web page optimization. However, it would be better to say that React may face a pretty important problem of lagging behind such fully-loaded and popular frameworks like Angular or Ember. Thus, I'd like to give a word on the advantages ofReactJS.

Read also: Angular vs React: Which One is Better? 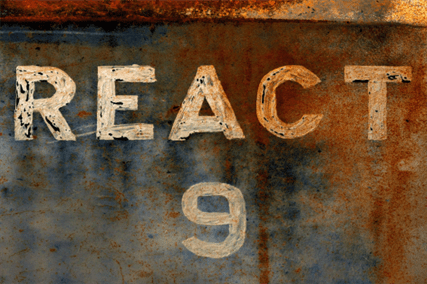 PROS AND CONS OF VUE.JS

First of all, while talking about Vue.JS, we need to mention the main technological aspects and features of that framework. First of all, the main base of Vue is the MVVM pattern, which makes the entire framework predominantly focused on the development of the user interface where the key role is usually played by the usage of data models and reactive binding data. Sometimes, developers can have several problems with the usage of that framework directly; however, it is almost impossible for a successful or even a beginner developer not to know anything about such an important and useful software because its popularity skyrocketed only a few years ago. For instance, in 2016, it was the most searched term on Google and other search engines, which already means a lot . Thus, while discussing the differences between React JavaScript framework and Vue, it is important to identify the pros and cons of Vue.js.

The program adopted only the best features of programs such as React.

So we may argue that Vue is trying to find a balance between different features such as simplicity and the ease of writing code. Vue.js copied a lot of special features from ReactJS, which play an important role in coding, while it also did all it could to avoid the repetition of the mistakes of React. Vue.js does not require any default compiler. Thus, we can conclude that Vue is one of those platforms that do not require 24/7 monitoring and which may act as a reliable resource for all those essential components of sufficient coding.

Vue.js is pretty simple and easy to understand;

Vue is really simple to operate, as it is based on the key HTM and JS technologies. This means that you can handle highly complicated operations using a small number of resources, especially those resources that are important to any programmer. So we may say that Vue is one of those platforms that are best suited for beginner developers.

Working with HTML forms in Vue is awesome. To be honest, collateral binding plays a great role. Thanks to the very useful tool, any complicated and bilateral coding operations become much easier and faster to organize, which leads to the creation of a nice programming and software atmosphere.

Operating using such technological approaches, for instance, PostCSS or ES6, is not a problem at all. Everything works fine, thanks to the file packaging system and the simplicity of the whole background structure of Vue, which automatically means fast calculation and debugging process for the users, while the advanced technological level only makes an emphasis on the universality of a library.

Vue.js could work on the circumstances of a simple State Management. Such a strategy could make the entire process of coding much simpler and better organized.

Vue.js, on average, is much faster than any other platform, which is a great benefit for those that want to develop their web resources and application using it. So choosing Vue also means that you're getting one of the best speed parameters available. 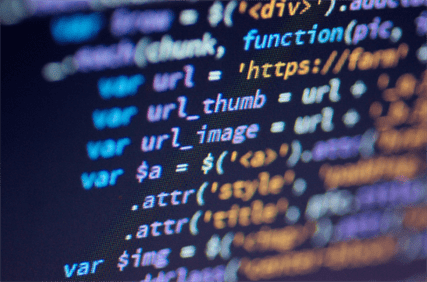 To be honest, while talking about the negative aspects of Vue.js, it is important to mention that the most problematic issue with this library could be frequent run-time errors in templates, which makes the developmental process complicated and sometimes even irritating. However, you, as a programmer, may say that such a sacrifice may help make the process of the code writing more comfortable and simple for the developer himself. Despite the existence of many different beneficial and useful features to the developers working with Vue, there is also another big problem. This is the run-time error, which sometimes does not allow the user to work with the system 100%. So you have to be ready to face such issue and be ready to sacrifice.

The infrastructure for the Vue library is still at the beginner level. So, all those system components can be pretty unstable sometimes. Because of this, young and inexperienced programmers may make several mistakes while combining the version of Vue with their project. It could be argued that lots of the developers and programmers face such problem only because the creation of really cool and interesting things with Vue is possible without the involvement of the functions and tools of third-party libraries. However, this does not mean that the creation of a final product with the help of Vue is possible without using other libraries at all. Probably, in such a situation, you may need two really useful and widespread libraries, which are pretty widespread among programmers. They are Ajax queries and Vue router. They are just standard additions without which your invention may look quite raw and unfinished.

While considering the differences between ReactJS and Vue.js, it might be appropriate to mention not only the simplicity but also those features of each of these frameworks that may fit to one or another project.

1. If you do not have enough experience in the usage of the templates, Vue is what you need.

It is really fast and simple to add the Vue changes and additions to the HTML markups, which may look like a lot of the functions of Angular and even similar on a technological level. However, if you are really willing to successfully use templates, it is highly important to know HTML in advance, which, for several users, may be a serious obstacle. But a great advantage is also an opportunity to test all the applications in an easy and quick manner. Your choice may never be wrong if you stop using Vue. It will bring you not only great outcomes (in the case of proper usage, of course) but also will be a great pleasure for those who know what a good programming platform is.

2. If simplicity plays a crucial role, make a decision on Vue.

Sometimes, it make seem that Vue was created directly for the creation of simple and small applications. For instance, in the case of the usage of that library, the user will be able to download an app directly from the browser without any mediators. Moreover, thanks to Vue, you may be able to operate with highly simple and clear functions, located directly within the programming environment. By the way, thanks to the functions of Vue, you are able to evaluate the entire scope of your project from the very beginning. Unlike React, where you have a need to separate different sectors on micro sectors, while using Vue, you do not have to do it, which makes it possible to evaluate and set the entire system without useless and sometimes too complicated manipulations.

3. If you have an idea to create a small and fast application, Vue is directly for you.

For both of these libraries, it is common to create virtual DOMS in such a way that further closing may be easier and faster. After the creation of a virtual DOM, Vue, as well as React, synchronizes all the data from the virtual database with a real, while changing the settings and the technological and coding nuances within it. Actually, it is essential to keep in mind that both of the libraries operate with different tools, which makes the process faster and simpler. However, there is a pretty small and important feature you should take into consideration. In order to get all those tools for your ReactJS, you will need React DOM and React Library. By the way, its size is 48.8 KB, which is two times bigger than the entire Vue Library. Lastly, I am willing to mention that while getting a much bigger amount of API with React, you can change it on a great spectrum of functions and tools, which may allow you to improve your code in a much better and radical way.

4. Complexity of the project influences the choice

Of course, if you have a complex and massive project, you may feel free to choose any tool you want. However, the best evidence of professionalism is the opportunity for a developer to use those techniques that are suitable for a certain situation. The same is the case with using React. That is why professional developers may rely on it, while focusing on the creation of complicated applications. Thanks to its technological characteristics, it may help you to analyze all the needed data much faster, while the opportunity to organize all the codes easily and in a simple manner may help you avoid the mess within a code.

In the article, I tried to explain the rivalry between Vue.js and ReactJS and decided to provide the reader with the benefits of React.js and Vue.js and the weak sides of both libraries. I really hope that, given all the information presented in this article, you were able to acquire as much knowledge as possible and now can, even at the beginner level, find out the key differences between the two platforms and make a more or less proper choice on what you actually need and which operating system would be a better choice.