What are the main benefits and drawbacks of xamarin and native programming approaches?

The development of an application os complicated. The choice of an approach is even more difficult. So, here you will see the key differences between main programming approaches.

Nowadays, the development of various mobile applications for gaming and everyday life has become more and more interesting and a rapidly advancing field of the world business. There are numerous different approaches that are used by developers to create their projects and make their ideas a reality. The most popular ones are pieces of software and frameworks, which act as the fundamental technologies for the creation of apps. These frameworks and approaches are:

WHAT IS A CLASSICAL NATIVE STRATEGY?

While discussing the question of the most popular and widely used technologies by developers, it is important to start the description with the presentation of the most basic ones. This is because without the primary knowledge of the most simple things, it may be much more complicated to understand the difference between X0amarin and native approaches and the whole strategy upon which Xamarin functions.

To be honest, the native approach of applications development is the most popular strategy these days, which is adopted by programmers all over the world because of the fact that it's very basic and plays a crucial role in its use in various projects. For example, because developers can create a single application in each software simultaneously, we are able to check for errors and bugs pretty quickly and in an efficient manner. Moreover, due to the speed of the compilation and debugging processes, the implementation of the native approaches is easier and faster than in the case of other similar technologies. 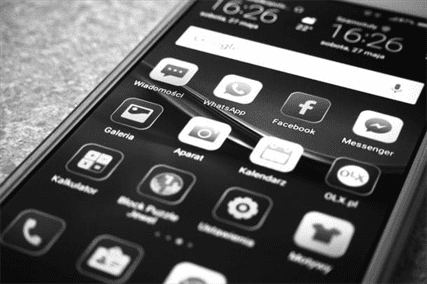 Lastly, as I have already stated, because of the simultaneous creation of absolutely different applications on various platforms, it is possible to make all the elements balance perfectly. The main idea of this framework is the creation of separate applications for different platforms, which, as I have already mentioned, may lead to a higher level of quality of the final product and the technical characteristics of an app. To cut the long story short, if you have an idea to develop an Android application, you are going to use tools that are suitable for Android development, while the situation with iOS or any other OS is absolutely the same. For example, the main programming language with which all Android applications are operated is Java, while iOS is based on other languages like C or C++. Thus, it is pretty logical to say that despite the fact that the programming process could be the same, all the details and techniques are different.

Xamarin is one of the most recent and revolutionary inventions, which has ever emerged in the industry if cyber business. There are several pretty important radical differences between Xamarin and native, as well as cross-border approaches. In that particular passage I would like to give a pretty brief description on what is Xamarin and which technologies are used within that framework, which make it possible to compare Xamarin performance vs native approach of application building.

Xamarin is one of the most recent and revolutionary inventions that has ever emerged in the industry of cyber business. There are several pretty important radical differences between Xamarin and native, as well as cross-border approaches. In this paragraph, I would like to give a pretty brief description on what is Xamarin and which technologies are used within that framework, which makes it possible to compare Xamarin performance vs native approach of application development.

The main feature of this approach and the technologies that were used for its creation is the fact that you can deal with those problems and main drawbacks you may face while working with the native and cross-border frameworks. Then, we also have to make an emphasis that Xamarin operates on an underestimated language like C#, whose key advantages cannot be forgotten. Furthermore, another pretty interesting thing is the fact that .NET language is also pretty good here due to the fact that Xamarin makes it possible for you to fully make use of all of its benefits. So frankly speaking, the main functions of Xamarin are absolutely the same as in the case of native or cross-border approaches. However, the key ways through which these functions are implemented tend to be absolutely different. Furthermore, it is pretty important to admit that the main idea behind Xamarin is the unification of the most important and useful features of both, earlier mentioned technologies. Below, I will present the most important benefits of Xamarin and provide a brief comparison of Xamarin and the native mobile development. But as usual, in any similar situation, there are also negative aspects, which will be discussed as well.

WHY USE XAMARIN OR WHAT ARE THE BENEFITS OF THE INNOVATIVE FRAMEWORK?

When we discuss such a new technology, we cannot conclude this article without the presentation of the most important positive elements of Xamarin mobile application development, which, without a doubt, may be the strongest factor that could have a strong influence on your future choice.

One of the main benefits is the fact that C# is an absolutely universal and unique programming environment that allows you to create all your codes and programmes, which are absolutely compatible with languages like Object-C and Java. This is highly beneficial not only because such feature will lead to the creation of a universal code but also because of the rapidly increasing level of optimisation of the existing programme to other platforms. For instance, during the adaptation of a code written in C# to other platforms, in the very end, you have the opportunity to save up to 96% of the original product. Furthermore, this will not only reduce the amount of work but also reduce the working hours, which will lead to a rapid decline in the final services.

Finally, we have to admit that Xamarin is, without a doubt, pretty useful for the creation of your personal application. Also, it can help you reduce several errors and bugs, which are not rare if you are using native or cross-border frameworks. However, let us admit that, of course, Xamarin has several drawbacks as well. 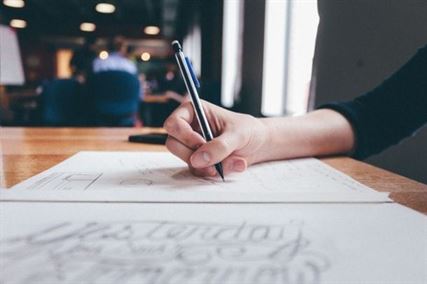 The key disadvantages of Xamarin are linked to the financial aspect. The key issue here is that this particular framework is not free and should be bought by the user from the programmers. However, the key drawback is not only the need to buy the framework but its price. For instance, the annual supporting fee equals approximately $999, which in perspective may be almost $10,000. So if you do not have a strong financial foundation, it is not really a good idea to start your project with Xamarin.

Secondly, we also have to take into consideration the fact that the use of Xamarin may lead to limited access to different vital libraries for the creation of an application using this framework. Of course, iot does not mean, that the usage of Xamarin may lead to the problem in programming itself. Definitely not, but there is an opportunity to have a connection with only those libraries supported directly by Xamarin.

Lastly, it should be noted that Xamarin suffers from low community activity, which is actually not really good for a developing framework. Despite the fact that the documentation within the application is created on a high professional level, the forums and communities, which are arranged within the web resources of that platform are not really active. As a result, this may lead to a decline in the activity of the whole Xamarin programming community, resulting in drop in income rates, which is the main platform for the creation of the financial base of a framework.

Taking everything into consideration, inclding the comparison of Xamarin vs native approaches, it is not really easy to arrive at a proper conclusion because in this situation we have two absolutely different sides. On the one hand, we have a highly developed, universal and useful platform that is able to satisfy the taste of a programmer or businessman interested in the implementation of his or her application on different platforms, from Android to Blackberry. But on the other hand, we face a problem related to finances and the issue of the low activity within the community of users of that platform. But there are several reasons to choose Xamarin as the core tool in the application creation process.

If you don't know which one to choose between Xamarin and native, I strongly recommend that you choose Xamarin. It is not only a rapidly developing technology with a great potential but also a reliable source with which you can make your ideas a reality. Moreover, it is one of the best tools that can help you to deal with bugs and errors within your app. So I believe that this platform should be chosen even in case if it is needed to have a pretty good financial resources. Finally, I would like to say that I really hope that this article has laid a proper foundation for your further research and can be of help in your future projects.