Web services and micro services. Which to choose and why?

Creating an app for business, you’ll definitely have to provide it with extensive fail-safety. Microservices and web services are the things that can positively influence this factor. In this article, we’ll try to

Microservices became a revolutionary solution in the software niche only recently. Nevertheless, they?ve been implemented everywhere from blog development platforms to corporate software that covers hundreds of different tasks. Quite often we come across info resources where company owners say it is microservices that help them solve all the problems of existing software solutions based on monolithic architecture.

However, according to practice, microservices architecture isn?t always the most proper solution. It?s much better, in some cases, to employ the good old web service development. Similarly to microservices, web services use separate domains (as opposed to the monolithic code that has a separate data storage, data model, etc.), but have a wider functionality. In this article, we?ll try to understand in which situations it?s better to choose microservices and in which web services. We?ll start with defining the two concepts.

What is a web service?

Web service is a particular case of a service-oriented architecture (SOA), which is, basically, a representation of web application?s functionality. It isn?t involved in the frontend, instead, it defines mechanisms of API interaction with main code base using universal formats of data representation ? XML, JSON, etc., as well as the standard HTTP protocol. Note that web services aren?t attached to development languages or user device software platforms. You can effortlessly combine several web services into one, even if each is written in a single language and for a single OS.

What is a microservice?

Microservice is a special variety of software architecture distributed by separate domains. It?s of narrow-focused nature. That means that each microservice handles a certain task, uses autonomous data storage and its own (independent of any external modules) means of connecting with the storage. Similarly to the web services, you can effortlessly combine microservices in Java, C#, Python, and even in mobile software development languages.

Advantages of microservices and web services

Considering advantages of web services and microservices, we can note that both solutions are superior to apps with monolithic architecture. With a monoblock, all the relations, data, and functions are interconnected and work as one. Thus, if you come across a necessity to customize a separate function, you?ll have to remake the whole architecture. This takes much time and can cause serious errors. Moreover, the monolithic software isn?t fail-safe. In case of an error appearing in one block, the rest of software?s structure crumbles and all the processes are stopped.

Microservices and web services represent separate, interconnected via network protocols components that work independently from one another. If you need to customize a component, there won?t be any additional transformations in the rest of the app?s structure required. 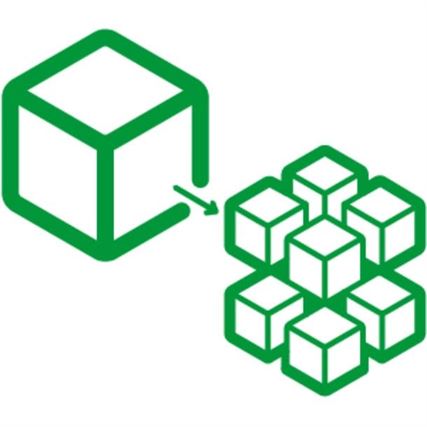 Figured that out a bit? Excellent, now let?s see what is the difference between Web Services and Micro Services.

API, MICROSERVICES AND WEB SERVICES TECHNOLOGY: DIFFERENCES IN THE STRUCTURE OF EACH CONCEPT

In fact, any microservice can be included into a web service. I.e. web service is more of a generalized concept that implies wider functionality as a whole. Microservice handles only the single task. Taking online store for an example, a web service can have all the database interaction features while a microservice is able to realize only one function ? e.g. process requests for registration, authentication, and users accounting.

From the technical perspective, a web service is a way of API representation through HTTP. A microservice, however, is created based on the business-domain, and can have no HTTP attachment whatsoever. Thus, if we imagine that a monolithic structure is a huge ?openspace? office, we can compare web services with separate office spaces enclosed in a large building, and microservices with small offices, each of which works under its own roof and autonomously.

Okay, figured that out a bit. But now, you?ll most probably have a question: what is the difference between web services and API? Let?s figure that out, too.

API (application program interface) is a package of ready-to-use features created by a single software vendor, which can be used in third-party software solutions. Meaning that it?s a code that supports connection to another developer?s code using network protocols and other mechanisms.

If we talk about a web service, it is only one of the many API representations that use HTTP protocol for connection with third-party software solutions (for fairness? sake, we?ll note that in rare cases, this connection is established via the other transport protocols like SMTP).

PROS AND CONS OF MICROSERVICES AND WEB SERVICES: WHEN AND WHICH OF THEM MUST BE USED?

Let?s find out about pros and cons of web services and microservices, and which of these API representation tools to better use in your particular case.

In fact, both solutions provide easy fail-safety management in business applications that don?t welcome any performance downtimes. They offer to put aside monolithic app structure providing an interconnected set of components functioning independently. Why not just choose microservice architecture & forget about other concepts at all? In fact, there are two reasons why the web services can be more fitting for you:

Creating an app for business, you’ll definitely have to provide it with extensive fail-safety. Microservices and web services are the things that can positively influence this factor. Our team of developers is ready to provide microservices and web services creation services, and do everything in the shortest terms possible. As a result, you will get a solution with great potential and which can be scaled easily.